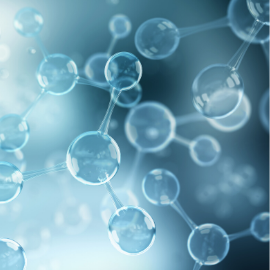 Anyone who is sexually active must be wary of Genital Herpes, as this can be acquired through sex (even with protected sex). This is a common sexually transmitted disease that is viral, and the root cause of this is the herpes simplex virus. And as soon as the person acquires the virus, it stays dormant until forever in the person’s nerve cells. Sadly, there is still no cure for the virus, and it attacks the person’s immune system for about one to three weeks. The infection gradually lessens its attacks; however, it also can reactivate for months or years. Also, general herpes doesn’t show any symptoms of the presence of the virus, but there are cases that common for those infected are feeling of pain around the genitals, to continuous itching of the genitalia, and lastly, the sores that are found there.

According to the Centers for Disease Control and Prevention, there are about 40 million of Americans that have herpes. And this is because it can be easily transmitted from one person to another, and has been noted as a communicable disease. Men are common carriers of the virus and often transfers it to women; newborns are usually positive of the virus if their mothers are carriers – usually leading to retardation, blindness, or worse, fatality of the child. Carriers of the said disease are also prone for HIV (Human Immunodeficiency Virus).

How Can You Prevent Acquiring The Virus?

Abstinence is the best solution to Genital Herpes, unless you and your partner underwent tests and check-ups to make sure that both of you are safe from the said virus. Also, using protection like latex condoms will help you reduce the risks of the said disease; however, it isn’t 100% protection. For the record, combination treatments (combined alternative and conventional therapy) has been done in order to help treat the said disease.

During the relief stage of the patients, they are treated with several antiviral drugs that can combat the effects of the virus, this includes: acyclovir, famciclovir, and valacyclovir. These drugs are said to help lower the outbreaks of genital herpes cases. Patient’s who have recurring attacks are advised to take the drugs until the effects of the virus are suppressed.

Despite ongoing treatment, pain is an aspect that is present most times in patients, that’s why they are prescribed to take several pain relievers (e.g. acetaminophen, aspirin, or ibuprofen) so that it can alleviate the pain they are having. Aside from that, they are also told to take warm baths instead of cold showers to prevent their distress whenever an outbreak occurs.

Pregnant women who are diagnosed with genital herpes that are active are advised to have a cesarean section instead of a normal delivery so that they can avoid transmission of the said virus to the infant during the delivery. It is also important to note that both the mother and newborn would be treated with acyclovir in case the child tests positive for the said virus.

The Best Natural Genital Herpes Treatment is known to be the one that completes the package of treatments for the patients, as this product contains oxygen that aids in the remedy. It is because oxygen depletion is very dangerous as it causes the cells of the body to become acidic, and worse, cancerous. That’s why, if a supply of oxygen is given to the person, cancer cells to viruses, and other microbes found won’t be able to survive as most of them wouldn’t survive high amounts of oxygen in their environment.

For additional details on oxy solution, and how it works, click the link provided to read the review.